Keep the cold at bay with our spot heating picks

Keeping warm in winter doesn’t have to mean cranking up the central heating or lighting the fire. Sometimes you just want quick heat without any hassle. And that’s precisely what portable heaters offer.

Why choose an electric heater?

Portable heating provides localised warmth, ideal for heating just one room or a small space. Being portable, these heaters are lightweight and easy to move, simply plug them in and they’re ready to go.

Mobile heaters are cheaper to install than central heating or a fire, however they can be more costly to run in the longer-term. Because of this, we recommend as a good semi-permanent or temporary solution to keeping the cold at bay.

Which heater is best for you?

Before we consider the different types of mobile heaters available, the most important question to answer is: what do you want to heat? The scale of your space will help you decide how much power you need. If you are heating a room, you'll need more power than if you are just heating your own personal space.

Portable heaters range from 500 watts (W) or 0.5 Kilowatts (kW) to 3KW or 3000W in power, and to heat one room we recommend a 2 to 3kW heater. If you’re only looking to toast your toes, you’ll want something 2kW or less.

Fan heaters blow air through a heated element and then disperse this warmed air out into the room. There are two types available:

Fan heaters offer the quickest way to heat a small space. As well as being energy efficient, they also boast some impressive functions including timers, LED temperature display and touch control panels for quick and easy use.

As the name suggests, these heaters apply the principle of convection. Heat is generated via an electric element, with the warmed air rising up out of the heater and then moving outwards into the room. The more powerful the heater, the wider the circulation of the warmed air.

Convector heaters are quick to warm up and are near silent when working. Most are freestanding and some larger models can easily be mounted on the wall for a more long-term solution. Lightweight, they’re very easy to move and manoeuvre and come with a number of limited functions.

Models are available with thermostatic control to select your preferred heat setting and some include timers to set for certain times of the day. Look out for turbo function, an integrated fan that helps disperse the heat more quickly.

Oil-filled radiators use convection to heat the oil inside it. This oil is electrically heated and so doesn’t burn the oil as fuel, meaning there is no need to top-up or replace it.

While their upfront cost is the most expensive of the portable heaters on offer, they’re the best value in the long term as they retain heat most effectively, and so use less electricity.

This heavier design doesn’t affect its manoeuvrability, as many models come on wheels to ensure ease of movement. Oil-filled radiators can take longer to heat up than fan and convection heaters, but look out for models with built-in fan heaters as they combine the best of both worlds. Use the fan heater for immediate heat while the radiator warms up, then switch to the radiator once it’s reached temperature.

Oil-filled radiators are near silent when working and while most commonly used as freestanding, some models can be wall-mounted. Like the other heaters, oil-filled radiators feature thermostatic control, overheat cut-out safety functions and timers.

The rays of radiant energy travel directly in straight lines and only convert into radiant heat once they reach the person, as like warmth from the sun. Because of this, panel heaters provide a comfortable warmth and uniform heat distribution, that unlike many other types of portable heater can provide a more permanent heating solution.

Panel heaters are often designed to be flat and slimline so that they can be used in all sorts of small spots around your home. Because of this, they’re also known as flat panel heaters, space-saving heaters or slimline heaters.

They can be used freestanding or wall-mounted, and are lightweight and easily portable.

How to maintain a coal or wood fireplace

A fireplace with a glowing fire can be a real centrepiece to a room. However, open fires can be a lot of work to maintain - and some urban areas have restrictions on burning wood and coal. 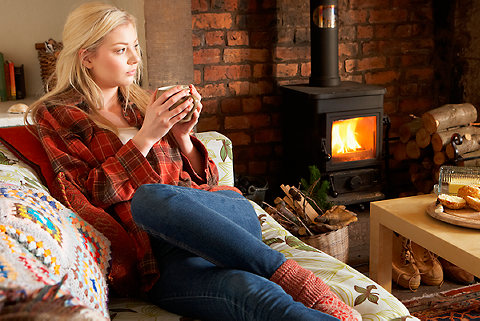 Promoting sustainability and caring for the environment is at the forefront of everything we do. 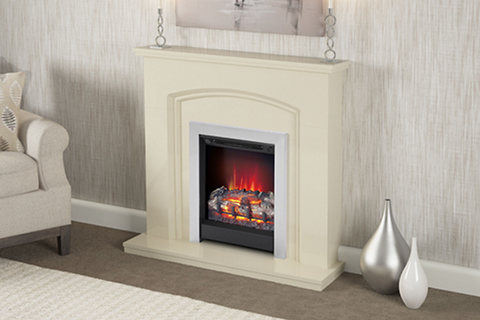 There’s nothing like sitting round a fire during the colder months.