How to choose the right power tools for your project

Our favourite power tools for the job

Projects incoming. Whether you’re new to DIY or consider yourself a DIY pro, it’s crucial that you’ve got the right tools for your next project. Mac Allister has a range of new power tools to add to your kit, including cordless tools powered by the SOLO 18v and 36v system. Pick your battery and effortlessly switch between tools, from combi drills and impact drivers to angle grinders and table saws. Build your tools for the jobs you need, with the freedom of cordless to make every job easier. That’s the shelves up and decking built!

Ready to find the right tool for the job?

What is a combi drill used for?

A combination (combi) drill is used to drill holes and drive screws into materials such as wood, plastic, and laminate. Combi drills are particularly useful for drilling into harder materials such as concrete as they feature a higher impact hammer option. A combi drill does exactly what it says on the tin – it has a combination of modes to drill in various ways. The main modes are usually drilling, hammer, and screwdriver mode.

How does a combi drill work?

As mentioned, a combi drill has a number of modes. The drill has a combined mechanism that can drill, drive, and hammer materials. It uses rotational force (spinning) for the drilling, whilst also featuring an impact mechanism for driving screws. The final mechanism mimics a hammer action to hammer drill objects. Combi drills usually have two speed options (low speed, high torque and high speed, low torque) so you can change the speed depending on the action required. For example, you’ll need a high speed and low torque setting for drilling softer materials such as wood.

What is an impact driver used for?

How does an impact driver work?

What is an angle grinder used for?

An angle grinder is used for three things: cutting, grinding, and polishing. Angle grinders are an excellent choice for cutting as not only do they run at a high speed, but they also give great precision due to them being handheld, unlike stationary grinders. As well as cutting, angle grinders are the perfect tool for tasks such as removing old paint or rust from metal – a truly versatile tool!

How does an angle grinder work?

Angle grinders work by spinning a small disc at a high speed (typically around 10,000 RPM) in order to cut, grind, and polish. To use the angle grinder, you’ll need to angle the grinder disc with the cutting edge of the tool you’re working on, before turning the grinder on and letting it spin to cut or grind your object. Don’t forget: always use two hands when operating the grinder for safety.

What is a jigsaw used for?

How does a jigsaw work?

A jigsaw uses a narrow reciprocating blade to cut shapes, such as stencilled designs in materials such as wood and metal. It consists of a handle, a motor, and a straight blade, which moves up and down (reciprocates) to produce curved edges and shapes. Jigsaws have variable speeds depending on the type of job and material being used.

What is a multi sander used for?

As suggested in the name, a multi sander is different from a standard sander as it has multiple plate (or base) options. This means that you can sand and smooth with different bases, such as triangular, circular, or rectangular sheets. Multi sanders are a popular choice amongst DIY’ers as they are extremely versatile with multiple functions. There are options for sanding large and small surfaces, as well as smoothing various different materials.

How does a multi sander work?

A multi sander tool works by using sanding sheets on interchangeable bases, which are driven in specific motions when applied to a surface. As the tool has multiple functions, the way it works is specific to the attachment used. For example, the circular (orbital) sander attachment will drive the sanding sheet in a short circular motion when the sander is applied to a surface. Top tip: once you’ve attached your chosen base, be sure to switch the multi sander on before the sanding base comes into contact with the material. 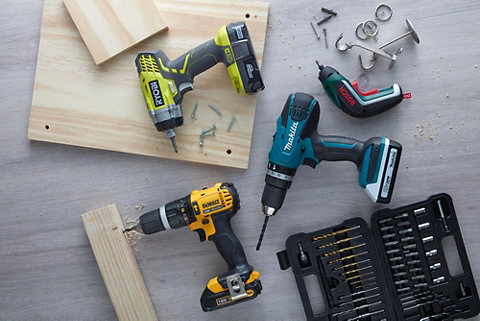 Drills are a toolbox essential for home improvers and trade professionals alike. The right drill can be used to bore holes, loosen or tighten screws and even chisel away materials. 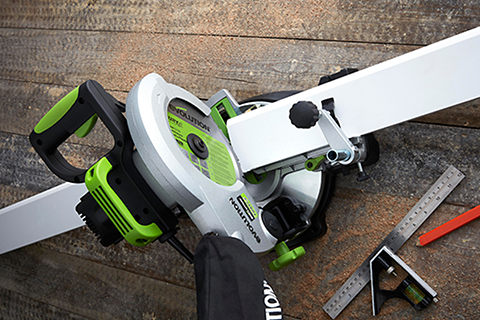 The latest generation of power saws offer a host of new features compared to their predecessors - they're easier and cleaner to use, more accurate and make light work of tough jobs. 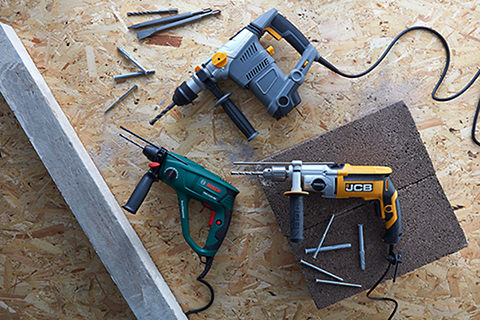 An electric screwdriver or impact driver is a key piece of kit for your toolbox, allowing you to screw and unscrew as required with complete ease.