How to understand the basics of electricity

Your home's electricity supply is distributed by the consumer unit (usually known as the fuse box). Where the flow of electricity is split to feed the various circuits. Socket outlets and fused connection units can be provided with electricity via two types of wiring layout, known as radial and ring circuits. Your home may well have both types, as the power supply is usually split into at least two circuits.

For your safety, electrical products must be installed in accordance with local Building Regulations. If in any doubt, or where required by the law, consult a competent person who is registered with an electrical self-certification scheme. Further information is available online or from your Local Authority.

The electrical circuits in your home all begin at the consumer unit or fuse box, where the incoming supply is split as required. The cables leading from it contain three copper wires, known as conductors or cores.

The electrical current flows to each appliance or fitting along the 'live' core, and then flows back along the 'neutral' core to the source.

The third conductor is the 'earth' core. In two core-and-earth and three-core-and-earth cable, this is a bare copper wire that runs between the live and neutral cores. It provides a safe escape route for the current if it leaks from the circuit because of a fault or poor connection.

Without earth protection, the metal components of your appliances and fittings could give you a fatal electric shock if they became live because of a wiring fault. That's why it's really important that any metal appliance or fitting in your home that could come into contact with electricity must be earthed - including your plumbing system.

Commonly known as the fuse box, the consumer unit is usually mounted close to your electricity meter. It contains the main isolating switch, which lets you turn the power to the entire house on and off.

Inside the consumer unit, the incoming current is split to feed a number of circuits (lighting, power, cooker and so on), each of which is protected by a fuse or circuit breaker.

Nowadays, consumer units include RCD protection. An RCD (or 'residual current device') is designed to shut off the power rapidly if an earth leakage develops, which helps to prevent anyone being electrocuted as a result. Depending how your installation has been designed, the RCD can operate on all the circuits or only some. Older consumer units might have a separate RCD mounted alongside.

Any circuit that provides power to appliances that you use outdoors must have RCD protection. Each fuse or circuit breaker should be labelled with the name of the circuit it protects, so you can isolate each one easily when you want to work on it.

The latest wireless energy monitors enable you to see at a glance how much electricity your household is using - and how much it's costing you. They don't need to be wired in: you simply clip a sensor around the main live power cable running into the consumer unit.

A transmitter wirelessly relays your usage to a monitor that you can put in a convenient place. That means you can instantly see how much electricity you're using - and the savings you make by doing things like washing your clothes at 30 degrees, or only boiling the water you need in the kettle.

In the early days of domestic electrical systems, socket outlets were few and far between in homes. Each was supplied by an individual cable run from the fuse box. Modern radial and ring circuits, on the other hand, can have lots of socket outlets.

The cable simply runs into one socket or fused connection unit, and then on to the next, until it terminates at the last socket on the line. Each radial circuit is protected by a fuse or circuit breaker at the consumer unit, which is designed to blow or trip if the circuit becomes overloaded.

In a ring circuit, the cable runs from the consumer unit, in and out of the sockets and fused connection units, and then returns to the consumer unit (rather than terminating at the last socket on the line).

The electrical current can flow from either end of the ring. This raises the current-carrying capacity of the circuit without increasing the size of cable needed, which would be the case with a radial circuit.

As with a radial circuit, there's no restriction on the number of sockets that can be wired into the circuit - but there is a limit of 100 square metres on the floor area it serves. At the consumer unit, the circuit is protected by a 30 or 32 amp fuse or circuit breaker.

A spur is a short branch cable from an existing socket outlet on the main circuit, or from a connection box (known as a 'junction box') that's wired into the main circuit cable.

Individual radial circuits are provided for appliances that require large amounts of current (such as cookers, immersion heaters, electric showers and storage heaters). Depending on the appliance, these can be wired in much heavier cable than normal power circuits and protected by a variety of fuse/circuit breaker sizes.

In most cases, the cable runs through a special double-pole switch, which interrupts the flow of current through both live and neutral cores of the cable. This ensures that you can shut off the power to the appliance completely if repairs are needed, without the need to disconnect the wiring. Normal single-pole socket and light switches only interrupt the live supply.

The earth is a particularly good conductor of electricity. This means that if you were to touch a live conductor, the electricity would take the shortest route into the ground via your body - with potentially fatal consequences.

If a live wire in an appliance accidentally comes into contact with a metal casing, the electricity will flow to the ground (this time harmlessly) along the earth wire. This is known as an earth fault, and the sudden change of route will cause a circuit breaker to operate or a fuse to blow. Earth wires are either insulated with green and yellow sheathing or are bare copper wires sandwiched between the live and neutral cores in cable.

For safety, the main gas and water pipework in your home should be connected by bonding conductors to the main earthing terminal near the consumer unit. Main bonding wires (lengths of single-core cable, usually 10mm2, with green-and-yellow sheathing) should be clamped within 600mm of the meter or main stopcock (on the household side).

There must also be supplementary bonding that links all the metallic elements in your bath or shower room, as these are particularly hazardous areas. This is done with green and yellow-sheathed single-core cable, usually 4mm2. If you use plastic connectors on copper plumbing pipes, you must restore the earth connection across them, or your system won't be earthed safely. 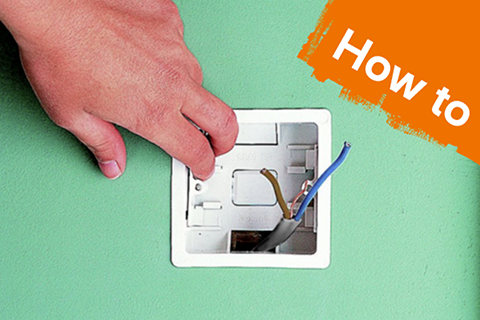 How to fit & replace electric sockets

Find out how to fit and replace electric sockets with our guide. Before adding a socket, ensure that it will be compliant with IEE electrical regulations. 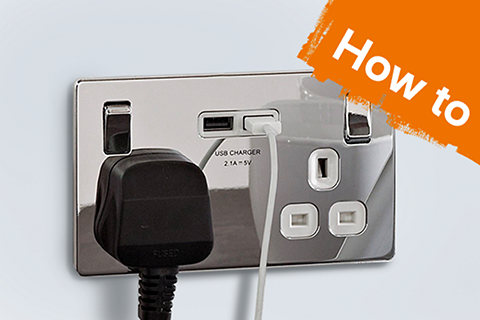 How to add more electrical sockets

Replacing a socket or converting a single socket into a double are simple jobs. Sockets can be surface or flush mounted. 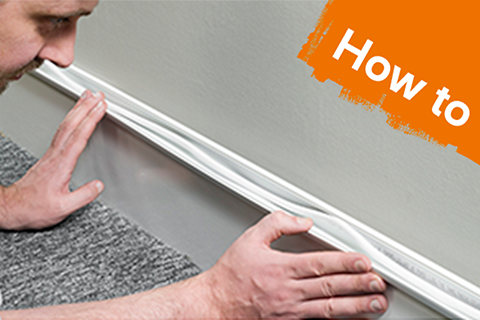 How to run a new electrical cable

If you want to add a new electrical outlet or light fitting, it'll almost certainly involve running cable from a power source. 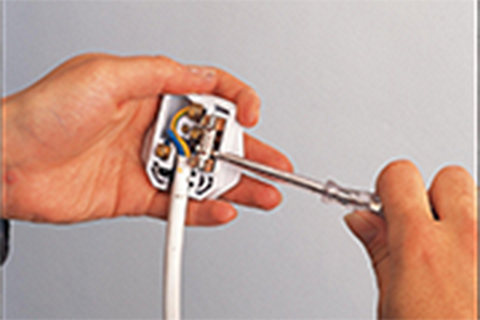 How to identify electrical faults

It's annoying if a socket or appliance doesn't work. With a bit of logical detective work, you should be able to find the cause, in many cases, correct it yourself.